Do we have a soul?

Before last week, I had never asked myself this question. I had never even thought of it. Maybe it’s because I was raised Catholic. Or maybe it’s because I was raised speaking Arabic, a culture so heavily influenced by religion and spirituality that super natural references are deeply embedded in the language. Maybe because even in English and the Western culture in which I’ve spent most of my life there are references to the soul everywhere. Maybe everything I’ve ever studied in school, university and on my own was biased to the existence of a soul. Maybe it’s a little bit of all of these things. Or maybe it’s because the soul exists?

A friend of mine recently told me she doesn’t have a soul. She didn’t say I don’t think I don’t have a soul, she said I don’t have a soul. I was shocked, I was not mentally capable of grasping what she was saying. She was challenging something I had been brought up with and something I, too, make references to in my daily life. I didn’t know how to respond. Well, I responded with several questions. How? Why? What happens when we die? How do we love? How do we feel pain? What’s the difference then, between being alive and dead? All of these questions had the same answer to me, the soul causes these emotions and actions. She said she’s an Atheist and along with not believing in a super natural being, she didn’t believe in anything supernatural. She answered all of my questions: how, she presented a long, logical explanation to the non-existence of the soul. Why, that’s just the way it is, and all the logical explanations she had already listed to me. Souls, in her opinion were a product of society, first, before people really knew what was going on, the soul was a way to explain science, then the concept was taken over by religion to control people using fear and the hope of a reward system. Now, it’s just stuck, due to religion, poetry, imagery, romanticism, etc. What happens when we die, our body decomposes into the earth and that’s it. How do we love, well it’s a feeling, caused by chemicals in our body and felt by our heart. How do we feel pain, nerves, nerve endings, chemicals. The difference between being alive and dead is the function or non-function of our hearts and brains, and consequently the central nervous system. All of her answers and explanations were valid and scientifically explicable, but I can’t buy it. Or maybe I refuse because I’m a romantic or maybe I believe that science answers questions up to a certain level but then there’s something called a leap of faith. In this leap we decide to put everything we don’t have the answer to and label it super natural, be it religion, souls, God, life, love, etc. and we trust it. I think people’s leaps of faith vary, some people have no faith in anything supernatural, like my friend. Others, like myself, can find “logical” explanations to a great number of questions using scientific proof and decide to believe in things like souls and whatnot to appease our curiosity and then there are others who put their faith in everything, they explain everything with something supernatural. I don’t think there’s a right or wrong way to do this thing called life. Well, yes, the right way is to be content with your own beliefs, and don’t hurt other people. I find that a lot of people think they believe something but that’s because it’s what they’ve been taught to believe and they spend their whole lives thinking that they’re doing something wrong because they’re simply not convinced in this thing they think they believe in. So, I think we should think about what we believe in, find some logical answers that we can peacefully be content with and leave the rest to faith.

I went hiking with some friends yesterday in Parada de Sil, a small municipality in Ourense. I went hiking there about 2 and a half months ago and it was amazing to see the differences. It was fairy-tale like, all green and lush, we hiked through rivers and creeks and around a monastary from the 12th century. We came across donkeys and horses and saw the green shoots of the Narcissus flower, the first signs of the coming of Spring. Here are some pictures… 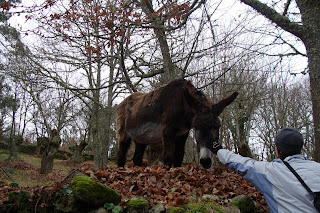 Donkey! – donkeys, although once numerous in Galicia, are now on the verge of existing, in Galicia 🙁 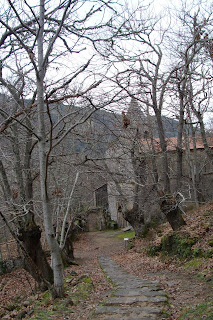 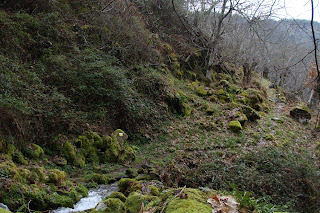 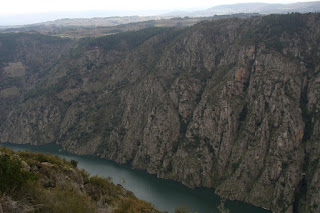 You live and you learn
life, thoughts

You live and you learn

I love myself, I want you to love me
thoughts

I love myself, I want you to love me