If I can’t have an ocean, a river will do

I always heard that if you grow up near the ocean, you will get used to it, and then when you go somewhere, or live somewhere where you are not near the ocean, you will miss it and subconsciously search for it. I grew up on the West Coast, in California. West to me always meant the Pacific Ocean, and where the sun sets, East was the opposite direction and I usually had a pretty good idea how to orient myself. Now in Spain, I’m landlocked. There’s a river, well there are several rivers, but the big one is the Miño, and I can orient myself with the river, it is usually to the north of me, except when I’m at work, then it’s south of me. The river flows East to West, I recall because on my first day in Galicia, I took a train from Vigo, where I flew in. Vigo is coastal, and after a short bit on the train, we encountered a river, the Miño, and the train tracks followed along the river all the way to Ourense. There is nothing like living beside the ocean, nothing. Last year I lived in Del Mar, a 45 second walk from the beach, literally, I would leave my house, go down half a block, cross the street, go down one more block, and be on the soft sandy beach of Del Mar. I went to the beach quite frequently, sometimes two or three times a day. I remember thinking it gets cold here at night, so I would wear a thick fleece and a beanie and go anyways.
Now I’m in Galicia, and let me tell you I knew nothing of cold in Del Mar. I slept with the window open every night and I think we turned the heater one twice. In one year. It is currently 34˚F here and I can’t seem to get warm. Anyways, I shouldn’t complain, I’m alive and well, I get to live in a beautiful place near a beautiful river with amazing people. I miss the ocean but am glad to have this opportunity to miss it. My love for the ocean now comes from a place of yearning and absence, and what an amazing thing!
I’ve included pictures and will try to post more pictures because I’ve been getting requests for more photos from my dear followers. These pictures are old, do not be fooled by the sunlight because that is non-existent in this month of February. These pictures are from September but you can see the river, I took them from the train coming into the place I now call home, for the first time. 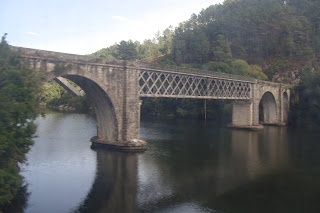 One of many regal looking bridges in Galicia 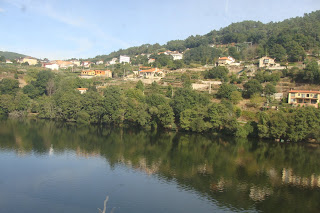 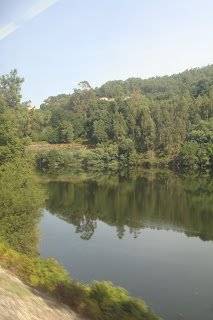 Story of Your Life

Just do it…
thoughts