I came to my Spanish mom´s house today from Santiago via train. The Galician countryside is absolutely gorgeous. Although they are in a drought and it hasn´t rained practically all winter, the landscape is green and lush. Not as lush as it should be or normally is, but still, resilient and full of life, just like the Gallegos.

We had vermouth and mussles, olives and bread before lunch. For lunch we had caldo a caldeiro (boiled meat) with potatoes, and fresh olive oil drizzled on top and seasoned with coarse salt and paprika. With white albariño wine. It was wonderful. It was the flavors I had missed. The kick of real olive oil, the tenderness of meat, raised well and humanely. Afterwards I took a siesta. It was glorious.

In the evening, we drove to Doniz where my Spanish mom´s mother-in-law lives. She is an older woman who lives by herself in a wooden/stone house in a teeny weeny village. 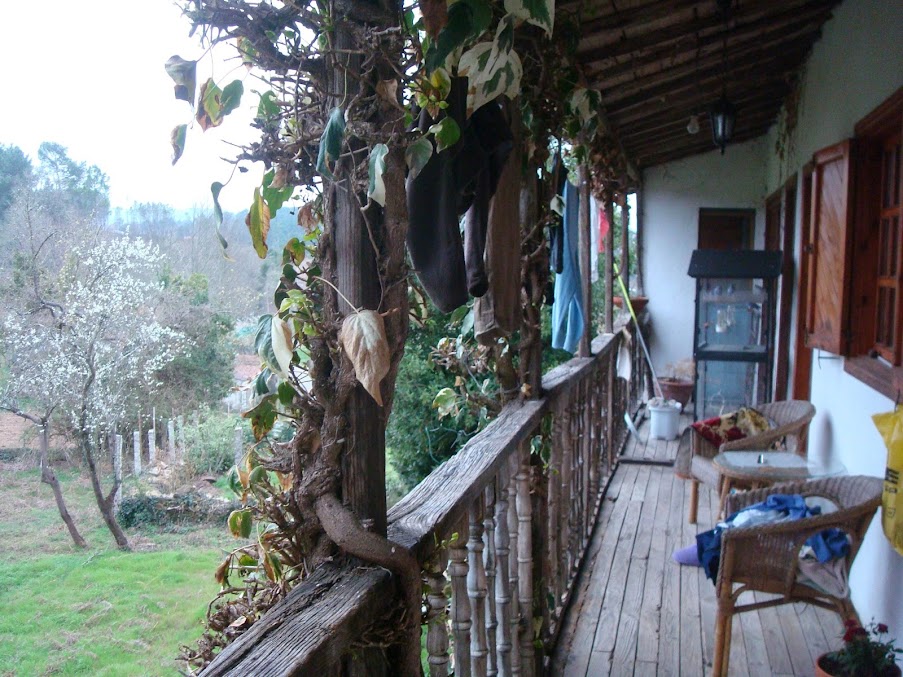 The deck of the house, the ivy has become part of the structure of the house, how cool!
She is strong and beautiful. Her hands are tough and she is tougher. We ate empanada (not to be confused with Argentinian empanadas, the Galician empanada is like a flat, savory, pie, filled with cooked onions, bell peppers and meat (it could be fish, chicken, whatever)). Accompanying supper, we had red wine. 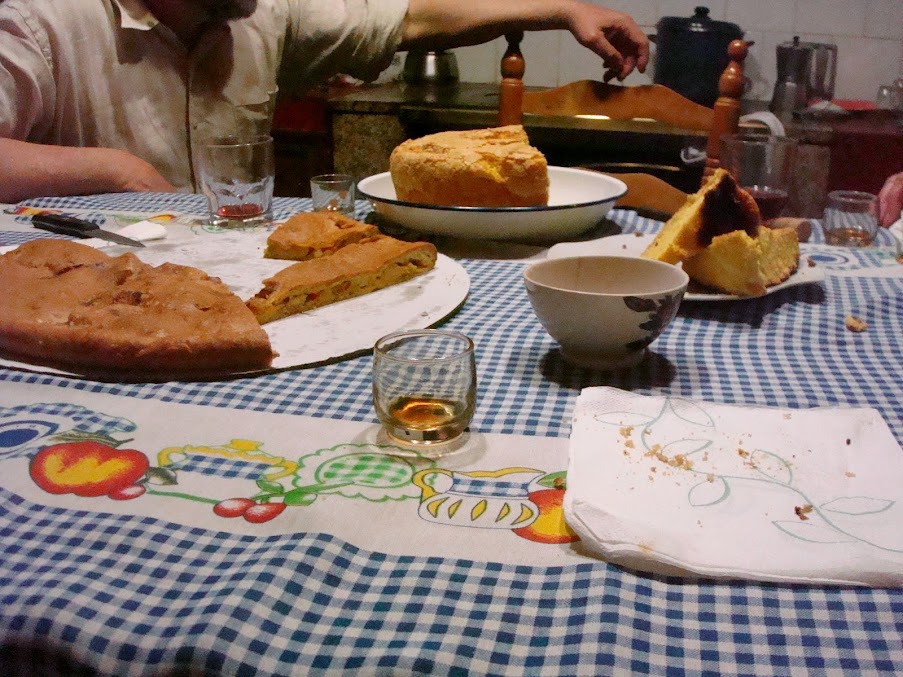 After supper, we had home made cake. Super simple, I asked Maruja for the recipe and she gave it to me 🙂 describing the process in great detail. With the cake we had liquor cafe, which is sort of like Bailey´s but one hundred thousand times better. It is also homemade, basically the distilled alcohol from the remains of grapes (after you take the pressed grape to make wine) with sugar and coffee beans. It definitely has a kick to it.

The house was warm, heated by the cast iron stove/oven in the kitchen, the door was wide open so that the kitty could come and go as she pleased. We sat around the kitchen table for hours, talking and laughing and eating, if you didn´t catch on to that already. 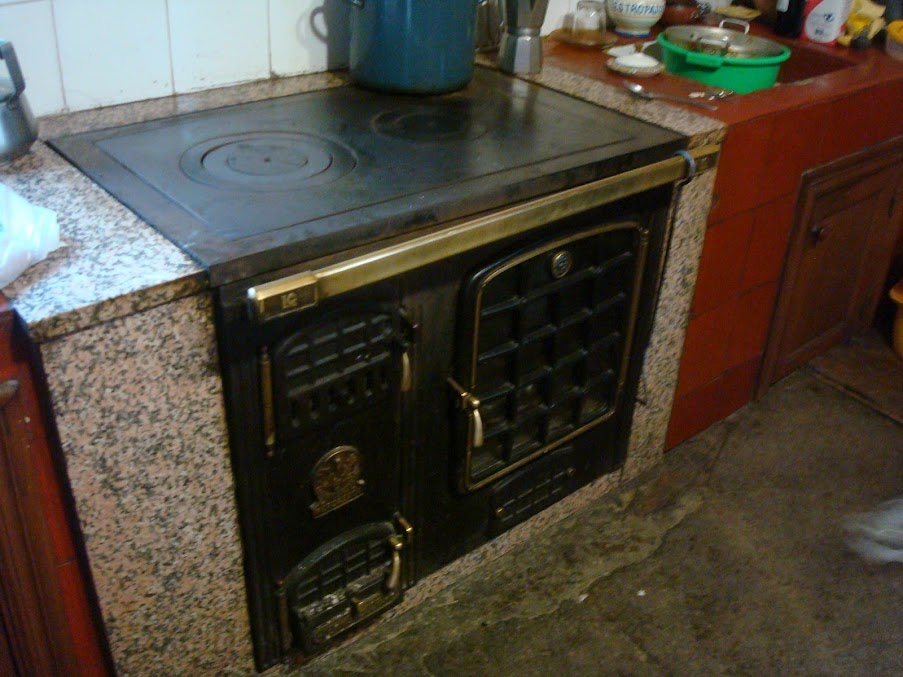 Traveling brings out the…best and worst in people?
travel

Traveling brings out the…best and worst in people?

Islands of Hydra, Poros and Aegina